Conclusion of this study

Our findings suggest that long-term dutasteride therapy produces worsening of ED, reduced T levels and increased glucose, HbA1c and alters lipid profiles, suggesting induced imbalance in metabolic function. We strongly recommend that physicians discuss with their patients these potential serious adverse effects of long-term dutasteride therapy prior to instituting this form of treatment.

Your donor area was either over-harvested if you had an FUE or developed a scar from a strip surgery which, when it occurs, usually occurs in that location. You did not state if you had FUE grafts and if so, how many or if you had strip surgery. If it was FUE, the number of grafts for that area was too high. If it was a strip surgery, most likely the wound was closed too tight which will cause this type of hair loss.

We obviously see complications from both (a)  too many FUE grafts for a given area of the scalp and (b) strip wounds that are too tightly closed.  Most doctors and patients think that the donor area can stand almost any stress but in this post I suggested that stress (FUE or strip surgery) can cause hair loss by impacting the donor area blood supply. You should wait this out and in about six months after the procedure, the hair may return. Scalp MicroPigmentation is a good option for this problem if it needs to be treated. 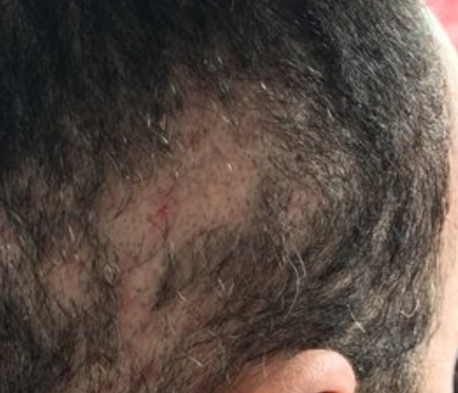 I just had an FUE and want to know if I can use Minoxidil and when. Incidentally, is it true that there is benefit on using Minoxidil on the implanted hairs?

Wow, your hair loss at this stage is an advanced Class 3 pattern but the real question is where is the hair loss going? Of course you can have a hair transplant now, then do another in a year and a year later do another etc., if you get what I am saying.  You don’t want to be addicted to having hair transplants every year until you use up all of your donor hair and then have an incomplete job to show off, not good.  At 18, we always discourage boys in going the hair transplant route. You need to consider yearly measurements with the HAIRCHECK instrument by a doctor who has one, then you also need to consider taking the drug Finasteride which is the only drug that MIGHT stop the hair loss. If your family history is one of advanced balding, then you and your doctor need to work out a Master Plan for your future with regard to hair loss, drugs and eventual surgery when you are much older. 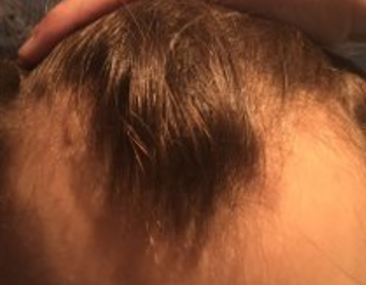 These grafts reflect the distribution of the 1,500 grafts you had done. If the surgeon did more grafts, he could have placed them closer together. 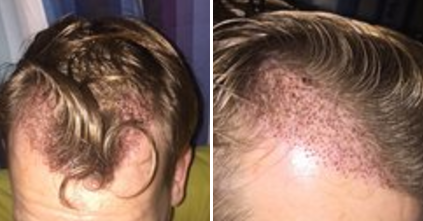 Wait at least six months before transplanting a pox scar so that everything is healed before going forward with a hair transplant into the cheek. For a POX scar, Scalp MicroPigmentation is similar and faster with the results and probably much less expensive, see below. The picture shows a thumb size scar which was not transplanted but covered with Scalp MicroPigmentation, much smaller than the POX scar to which you are referring.

You may have been over-harvested, and if that is the case, it may not return to normal. Wait it out for six months and see what happens. If your donor density was low, this can happen and cause donor site depletion, not only where it is outlined, but throughout the donor area as well. I am particularly disturbed that the hair loss occurred on the upper part of your donor area near the fringe where the hair may not be permanent. 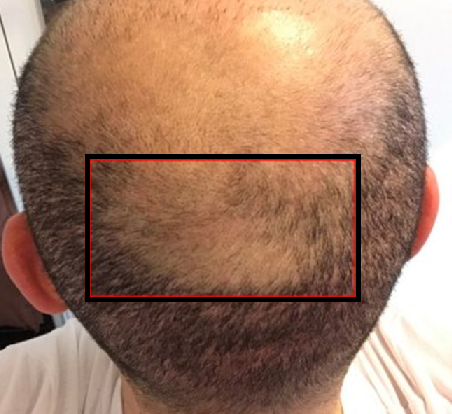 Your surgeon put the hairline too high and the shape is all wrong, A Male hairline is V-Shaped with slight corner recession. Yours is rounded and not rounded naturally. Fortunately, because your doctor put it too high, he left enough room for an experienced surgeon to build a natural hairline in front of the hairline you have. It will take another surgery.

In type 1 diabetes, the immune system attacks cell in the pancreas that make insulin. For half a year, 21 patients received injections of an “insulin precursor molecule” every few weeks. A year later, those who received the treatment when compared with the control group, were able to stabilize their insulin levels. This is early but exciting stuff (source: New Scientist, August 2017)

I doubt that this patient will regrow anymore hair. I believe the transplant was a failure considering that very little hair grew. The patient also reported that his donor area was heavily scarred. This was probably from over-harvesting his donor area, a common surgery done around the world by ignorant doctors. If the donor area was over-harvested, there will not be enough grafts for another surgery.  An FUE with 5,500 grafts requires a very skilled team of people paying attention to a lot of details.  Donor density is something that is rarely measured by doctors like the one who did this.

If a graft is left out of the body for 10-20 seconds, for example, it may die yet it can be transplanted. That would mean a dead graft was transplanted.  This could have happened thousands of time during the surgery. Not everyone can perform 5,500 grafts successfully.  But the worst part of this is that the hair that was transplanted is lost forever from the donor area. The scarring in the donor area produces a bald donor area that complicates the situation. This man came to the doctor with hair, it was shaved off at the time the 5,500 grafts were done, probably lost it as a result of shock loss and now almost one year later is balder than he was when he started (see photo).  This patient most likely will not be able to do another surgery so he should consider Scalp MicroPigmentation.  This is an excellent option which will look great, it is just not hair. 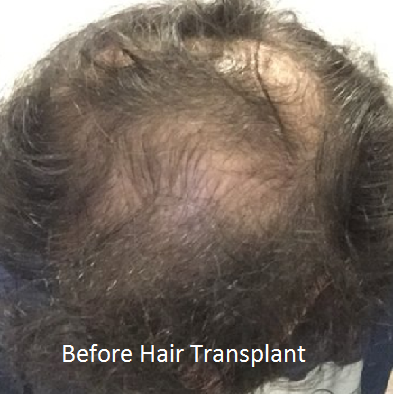 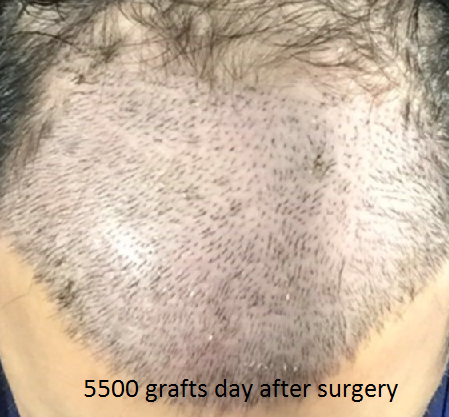 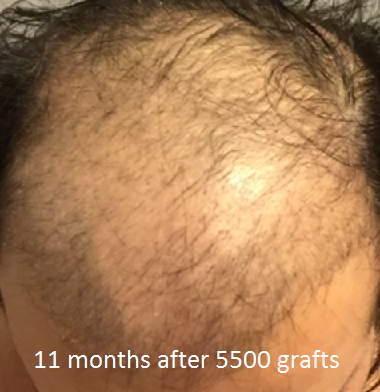 I am shocked that your doctor never explained the washing process to you. The recipient area requires daily washes to keep it free of crusts. I generally recommend the use of a sponge and supply my patient with a surgical sponge to fill with soapy water and press on the recipient area daily. By repeating this daily, all crusts can be washed off without any fear of losing grafts. If any crust are present, use a Q-tip and dip it into soapy water then roll it on the crusts.  That will lift them off without dislodging them but never rub them, just roll the Q-tip on the recipient crust. I like to see no evidence of any crusting in the recipient area and the crusts from the donor area gone in 7-10 days with daily washing.

This is an accurate course for this type of surgery.

I am an African American female who had 2,400 grafts to fix the sides of my hairline and some bald spots throughout my scalp. The doctor said he pushed the numbers high enough and if I wanted my hairline to come down, I would have to do it another time. Does that make sense to you?

Yes, it makes sense to me. African Americans often have a low donor density so if your surgeon successfully harvested 2,400 grafts, that is an excellent yield for an African American. A second surgery can be done to lower the hairline as your  surgeon told you.

I would have expected more frontal density, as well, based upon your Class 3 pattern with a strong front forelock and 3,500 grafts. Actually I think that 3500 grafts were actually an excessive number of grafts for that area. You and your doctor established expectations when the surgery was done, so go back and review these expectations with your doctor. I would have expected more density but some of the grafts may not have grown causing the reduced density you are seeing. 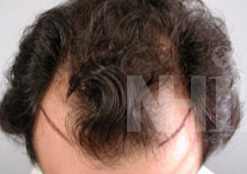 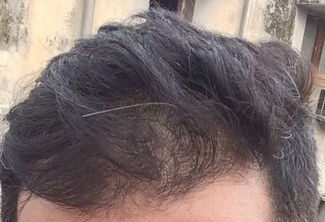 Does swelling always happen and then gravitate to the eyes like mine at day three?  My doctor’s pitch to sell me this procedure was that in his hands, swelling never happens.  So I selected him and now I am swollen just 3 days from the FUE I had done.  Could this swelling have been stopped?

Yes, swelling always happens unless God is your surgeon. Since I think that only humans do this type of surgery, your surgeon could have done two things to stop the impact of the swelling:

(1) use a steroid at the time of the surgery, and

(2) use a tape on the forehead to prevent the swelling from moving from the upper forehead into the eyes. 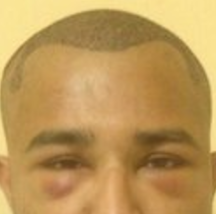 Swelling after a hair transplant