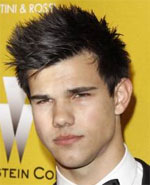 Hello Dr Rassman, just a quick one here. Does Taylor Lautner look to be displaying the signs of early MPB, or is he simply sporting a mature hairline? What Norwood class do you think he would he be?

I had to look up who this young man is (he’s in one of the Twilight movies), but it looks like he’s got a normal juvenile hairline, so a classification for hair loss does not apply. His rounded corners, which is typical of an immature hairline, has been lost in his recent photos but otherwise, I suspect he had the exact same hairline at 12 years old. There’s no early balding from the photos I’ve seen. He’s young though, so who knows where his hair will go.