Doc, I am an active, healthy 37 year old. After taking Propecia for 6+ years with little side effects, I started to notice a decreased libido, difficulty maintaining an erection, no morning erections, a smaller penis in the flaccid state and a feeling of “disconnect” (mind from penis). I stopped taking it 6 weeks ago and have not noticed a change, other than my hair loss has increased again. I have read on other sites men complaining of similar symptoms and claiming they are permanent. I have considered getting a testosterone level, A DHT level, FSH/LH, E-2, and Prolactin levels. I haven’t mentioned any of my concerns to my (female) physician. Any suggestions (other than discussing them with her? -which I will). 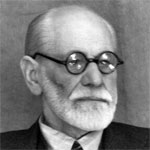 Decreased libido and difficultly maintaining an erection are reported side effects that occur in 1 to 2% of men taking Propecia, but the same symptoms are prevalent in more than 2% of the men who are NOT taking Propecia. You may have other unrelated health issues (undiagnosed diabetes, blood pressure problems, etc) that can also contribute to this. That is why you are doing the right thing by seeing your primary care physician. See Propecia Gave Me Side Effects â€” How Can I Get My Sex Drive Back? for more.

As far as the DHT and testosterone or FSH/LH tests, I really don’t have an opinion, as your endocrinologist will be better suited to advise you on whether you need those tests. With respect to a smaller penis size, I highly doubt a drug is shrinking your penis… just as there is no drug that grows your penis size. With respect to a disconnect with your penis, you may want to see a counselor. I highly doubt this problem is from Propecia. I wonder what Sigmund Freud would say…

Extreme Weather Change and Hair Loss
Is My Hockey Helmet Causing Hair Loss?
In the News - Hair Loss Myths (Slideshow)
In the News - Prince William's Hair Loss
Atopic Dermatitis in Baby
Will My Son's Hair Grow Back After a Staph Infection?
Get a virtual consultation with Dr. William Rassman and Dr. Jae Pak for hair loss options. You can learn more by scheduling an appointment.