I don’t buy into this false notion that women look at balding men and see their hair loss as a sign of virility. Do you believe that women who have bald fathers are more accepting of bald mates than women who have fathers with full head of hair? 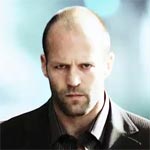 Bald men aren’t more virile (we posted about it late last year), and actually, bald men can be just as virile and sexually appealing as hairy men.

Women see deeper than men do when it comes to the outer shell of a person. They see the attributes of the personality and make the determination of attractiveness based upon far more factors than us men do. I don’t have actual scientific research on the topic, though I sense that women with bald fathers who have a good relationship with them, probably accept balding men better than women whose relationship with their father is not good.