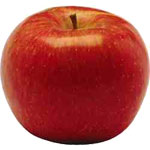 Below is a medical publication which shows that aspirin or similar nonsteroidal anti-inflammatory drugs taken daily reduce cancer of the prostate risks in elderly men. If it does that on elderly men, think of the great value it would have for younger men who take it for a longer period of time. The link between daily aspirin for prevention of colon cancer and heart attacks have been well documented and generally recommended for all men who do not have a bleeding disorder or specific contra-indications. The saying that ‘An Apple A Day Keeps The Doctor Away’ might be changed to ‘An Aspirin A Day Keeps The Doctor Away’.

We conducted a nested case-control study using medical administrative databases. All men older than 65 years of age who had filled at least one prescription for nonselective nonsteroidal anti-inflammatory drugs, cyclooxygenase-2 inhibitors (coxibs), aspirin, or acetaminophen between January 1999 and December 2002 were eligible. Among this group, we identified men who underwent prostate biopsy between January 2000 and June 2002 and did not have a diagnosis of any cancer in the preceding 2-year period. Cases were those with a diagnosis of prostate cancer. Controls were those who did not receive a diagnosis of any cancer. Logistic regression models were used to determine associations between prostate cancer occurrence and frequent exposure (more than 4 months) to nonsteroidal anti-inflammatory drugs/cyclooxygenase-2 inhibitors or aspirin during the prior 2 years in comparison with no exposure to any of these drugs, adjusting for age and prior finasteride use.

Our results suggest that among men 65 years of age or older, frequent use of nonsteroidal anti-inflammatory drugs/cyclooxygenase-2 inhibitors and use of aspirin are associated with a reduced risk of prostate cancer.

Watery Semen After 2 Months of Finasteride
Taking 1/4 Proscar Daily For 15 Months -- Now I'm Noticing Breast Tenderness
Propecia and Avodart on the FDA Safety Probe List
Stopped Propecia Because of Gynecomastia, Now I'm Seeing Shedding
Did My Using Minoxidil Mess Up Propecia Benefits?
I Have a Consult With NHI Next Month...
Get a virtual consultation with Dr. William Rassman and Dr. Jae Pak for hair loss options. You can learn more by scheduling an appointment.