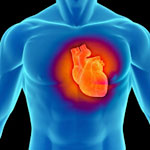 Yesterday, I received some sad news when I learned about the passing of one of our hair transplant patients just 5 months after his procedure. He had complained to his local doctor about chest pain and was told that it just was indigestion. This patient complained a number of times about the chest pain to his physician and each time he was tagged with the diagnosis of reflux. He recently had a heart attack and died.

Although the outcome was different, this reminded me of a similar case that I wanted to share. A female hair transplant patient had complained of periodic chest pain when I took her medical history. It sounded like cardiac pain (angina), so I had her see her doctor. He took an electrocardiogram (ECG — also known as an EKG) and told her that the pain was reflux (stomach type pain), not heart pain. She came back to me for a hair transplant, but I did not like her doctor’s diagnosis since it sounded like classic angina (pain coming on with exertion, climbing stairs, and fast paced walking), so I sent her back to her doctor. Again, he reassured her that the pain was not cardiac in nature, as her ECG was normal. I then got into her medical care and called her doctor, suggesting that he perform a stress ECG. He told me that it was unnecessary and again insisted that the pain was not cardiac. This lady wanted a hair transplant and was unable to persuade her doctor to get further testing, so because her doctor had cleared her and she wanted to proceed, I transplanted her.

During the surgery, she began experiencing chest pain, which I then treated with nitroglycerin, fortunately relieving her discomfort. This happened twice during the procedure. After surgery, I called her doctor and told him of the events at surgery. He saw her again after the transplant procedure and told her that she did not have cardiac pain and was upset with me for interfering with his medical care of her. I suggested to her that she see another doctor for a second opinion, but she liked her doctor and wanted to stay with his opinion. Three weeks after the surgery, she had a heart attack, and fortunately for her, she survived.

Being right is not a consolation from my point of view. We know from the anesthesia literature, that for people with heart disease and outpatient surgery, the risk of a heart attack in the 30 days after the surgery is higher than in the average person without surgery. Undergoing any surgery is no small matter and although I have never experienced any cardiac problems with my patients that I could not manage in surgery, risk clearance for anyone over the age of 45 years old, a good and thorough physical examination should be a medically necessity. We must all be on guard for detecting heart disease early and there are many good ways to do this today. The sad reality, however, is that in nearly 50% of cases, the first sign of heart disease is death.