I have read that DHT is crucial to muscle growth and building muscle. If I am an athlete who is just out of college and taking Propecia, will using the drug effect my ability to gain strength and mass? Thanks. 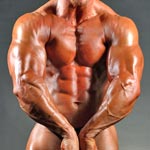 Lately, the big focus here has been that Propecia (finasteride 1mg) masks the blood measurements for other steroids when used in athletes, which is why finasteride is on the list of drugs banned for professional athletes.

My Family Doctor Told Me That After 10 Years, Propecia Users Are as Bald as If Never…
After 6 Years on Propecia, I'm Seeing Shedding -- Should I Add Minoxidil?
I Left Propecia in the Hot, Humid Car
Can Propecia Help My Temples?
Cyclosporine A and Regrowing Hair?
After 10 Years, Finasteride Seems to Have Stopped Working!
Get a virtual consultation with Dr. William Rassman and Dr. Jae Pak for hair loss options. You can learn more by scheduling an appointment.