Does male body hair, like chest hair and/or back hair, have anything in common with MPB? In other words, have you ever seen a bald/balding person without this kind of male body hair? (assuming he is not shaved)

I also wonder if a maturing hairline should be as thick as a juvenile hairline, or if it is common that it is a little bit thinner at the very front of the hairline.

I would really appreciate your expertise on these matters. 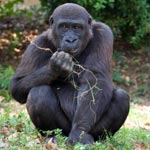 It seems at times that the bald men have bodies covered in hair, somewhat like a gorilla, but it is simply not the case. There is no connection between body hair and the loss of head hair, except to state that those with lots of body hair probably have good testosterone production.

The maturing hairline is as thick as the juvenile hairline, as long as there is no genetic hair loss in the actual hairline (no miniaturization). Sometimes, the mature hairline is thinner (at least it seems that way to me as I look at my mature hairline), but that is just a feeling. No facts on that subject to back up my ‘feelings’.

Is There Really Any Difference B/W Getting a Transplant at 25 and 26? Especially If I've Been…
Exercise, Alcohol, Sunlight, and Hair Loss
What Are These Red Marks on My Skin After My Hair Transplant?
20 Year Old Thinning Heavily After Stopping Propecia
3 months on minoxidil and finasteride (photo)
I Have a Stye on My Eyelid That Caused My Eyelashes to Fall Out
Get a virtual consultation with Dr. William Rassman and Dr. Jae Pak for hair loss options. You can learn more by scheduling an appointment.