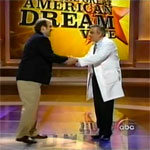 I received quite a few emails today from readers of Balding Blog that saw me on the new Great American Dream Vote television show last night on ABC. Thanks for writing in to let me know you saw the program. I was only on there for a few moments as part of the prize package for the dream winner named Russ, but it was a fun experience. Russ is a very nice 22 year old college student with significant hair loss — Norwood Class 6/7 balding pattern (Class 7 is the worst with only a 3 inch rim of normal hair around the side and back of the head and Russ is already close to that pattern).

The basic idea of the show is that a number of everyday folks are selected to go up on stage to tell the audience what their dream is (from opening a flower shop to opening a dog rescue shelter to having a full head of hair) — and eventually the contestants are narrowed down to only 2. Those 2 contestants are then voted for by the home audience by a toll-free phone number, and the person with the highest amounts of votes gets their wish. Young Russ was chosen! He will receive hair transplant surgery at the New Hair Institute, as well as a bevy of other prizes (of which I have nothing to do with)! He’s been quite overwhelmed by all the attention he’s received and has headed back home to get back to his schooling. He’ll be back out to my Los Angeles office very soon to have his procedure performed, and I’ll be sure to post photos of his results as the updates are sent to my office. In the meantime, here are some photos I took at his consultation that really show off how much work he needs. Click the photos to enlarge. 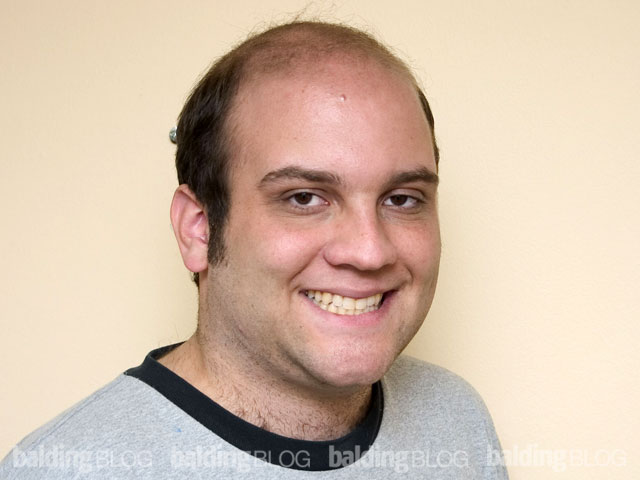 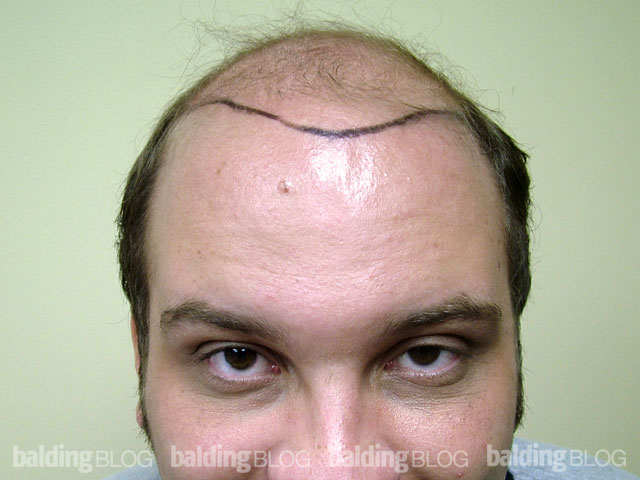 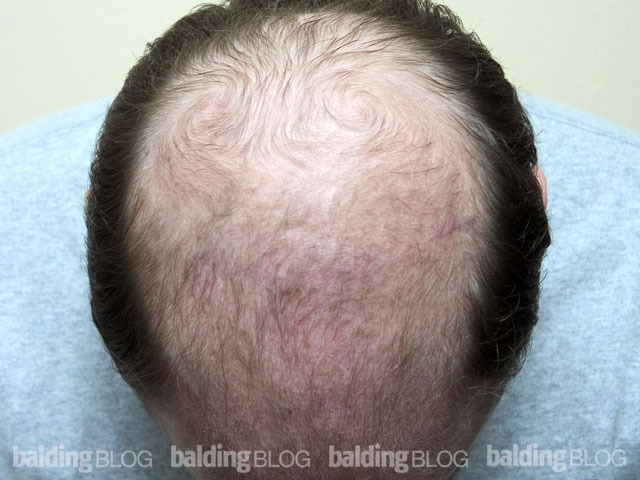