Hi Doctor. My hairline has been the same for about 20yrs and about a year ago noticed a slight change on one side. I haven’t seen much of a change in a year and a half. To me, it looks like my hairline never finished maturing. I’m now 37 years old and recently made my debut on national television. My hair is black and curly with good density. I did see a doctor who said that at this point, if I got a HT, it would look like I had hair on my forehead. She said the measurments were normal etc. I am also starting to get gray hair and will probably start dying it soon. Is it possible when you go gray your hairline might change slightly? If I wanted, would you lower my hairline if it continues to recede? People tell me that at age 37 if you aren’t showing signs of baldness, or have mild recession you probably wont lose your hair; is this true. Just concerned about my new career on tv, where your appearance is everything. Thanks. 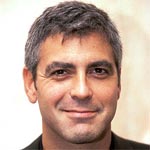 Firstly, grey hair and balding are not related. Look at the beautiful head of hair on George Clooney for an example.

At one time I had transplanted a number of men who were in their early 20s and had soap opera stardom, with hair loss starting as you described. The entertainment field demands that many of its male soap opera actors look almost like boy toys, apparently that being the look most women like. So getting hair transplants to maintain a career look is not an unusual request and I would be happy to render you my opinion upon examining you. I’d argue that for many people, appearance is everything — so that isn’t limited to just entertainment-based careers.

If you are receding slightly and want to do something proactive (due to TV careers, personal preference, etc), a choice to have a hair transplant surgery is an option, but it is one that you must fully be educated on with respect to its limitations and expectations. At your age (37), if you don’t have significant balding, your chances of further balding may be slim. You may continue to recede in the front corners, but I really cannot tell. You should have your hair examined under a microscope for miniaturization. If appearance in front of a camera is important to you and you are conscious of your frontal hairline, you can also consider using makeup products (like DermMatch or Toppik) that make your hair look fuller.

Could Steroids Trigger Extreme Hair Loss?
How Do You Diagnose DUPA?
1 year on minoxidil (photo)
My Hair on Top is Thick, But My Sides Are Thinning Quickly!
Poor Mustache Transplant (photo)
Hair Loss at the Cowlick
Get a virtual consultation with Dr. William Rassman and Dr. Jae Pak for hair loss options. You can learn more by scheduling an appointment.