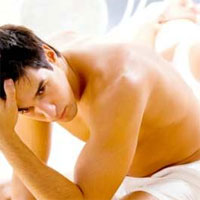 As I’ve mentioned before, I’m a part of an email group of hair transplant doctors that share information amongst each other. The other day I received an email from a well respected doctor (let’s call him Doctor A) reporting that he’s now had two patients in the past 12 months who had persistent erectile dysfunction (ED) even after they stopped finasteride (traditional 1mg dose). These are two patients out of thousands that this physician has prescribed to, and I have no knowledge of other potential health factors or even full details on the cases.

Other doctors in the group chimed in:

So while I don’t have specific case info or medical history of those claiming permanent side effects, it seems that there are 6 cases out of maybe between 6,000-10,000 prescriptions (estimated). Unless you’re one of the 6, the risk is extremely limited (if it is shown that the medication is the cause). I’ve always maintained (my opinion) that these side effects are reversible upon stopping the medication, as this has been reported in peer-reviewed studies and in thousands of my own patients. However, I make it my job here to educate our readers as I become more informed. I’m not writing this post with the intent to scare anyone, but do whatever you’d like with the information. We still don’t know for sure that the “permanent” ED cases are even related to finasteride. Remember, I do not sell finasteride to make Merck profitable. If that were the case, I wouldn’t tell patients (or readers of this site) how to cut into Merck’s Propecia profits by buying the generic 5mg and splitting the pills when discussing alternative suppliers.

I still believe in this medication fully for treating genetic male pattern baldness, and I must point out that these reports are still extremely rare. The alternative for the balding male is to continue to go bald. For some, that small risk of sexual side effects may not be worth abandoning their hair. Sill, the consumer (you) must make his own decisions on what to do with such reports. I fully expect my inbox to be flooded with “See, I told you so” emails from forum trolls, but if anything, this should show you that I’m not disregarding the claims outright. As I’ve always said, I’ve never seen any case and the medical literature supports that. I do, however, appreciate respectful discussion.

Also, keep in mind the study we mentioned yesterday about common everyday pain relievers like aspirin and ibuprofen being linked to erectile dysfunction. Who knows what else is in the systems of those claiming permanent ED.

T Bomb 2 Supplement for Weight Lifting
When Will Blurred Vision from Minoxidil Stop?
Combining Minoxidil and Finasteride
Taking Biotin to Prevent Hair Loss?
The Corners of My Hairline Are About 2 Inches High
Can the Same Hairs Become Minoxidil and Propecia Dependent?
Get a virtual consultation with Dr. William Rassman and Dr. Jae Pak for hair loss options. You can learn more by scheduling an appointment.