At our most recent open house event, we had three of our Scalp MicroPigmentation (SMP) patients show up along with numerous other people exploring the hair transplant option. As the guests interacted with each other, I overheard a conversation between one of our SMP patients (Alex) and another man at the event (let’s call him Bruce).

Bruce had sarcastically asked Alex if he came to the event just to make balding people like him feel bad about themselves, and the two began a seemingly heated debate about hair loss. Alex told Bruce that he was actually very bald and that he had SMP done. Bruce did not believe him, so as the conversation frustrated Alex, he was invited to feel the front and top of Alex’s head, which was very smooth. Alex then told him to feel the hair stubble on the back of his head, which looked just like the front and top of his head. That was Bruce’s introduction to SMP, and the two of them laughed loudly enough for others to curiously join the conversation.

Bruce actually signed up for an SMP procedure before he left our open house, as he became a believer. Seeing is believing. 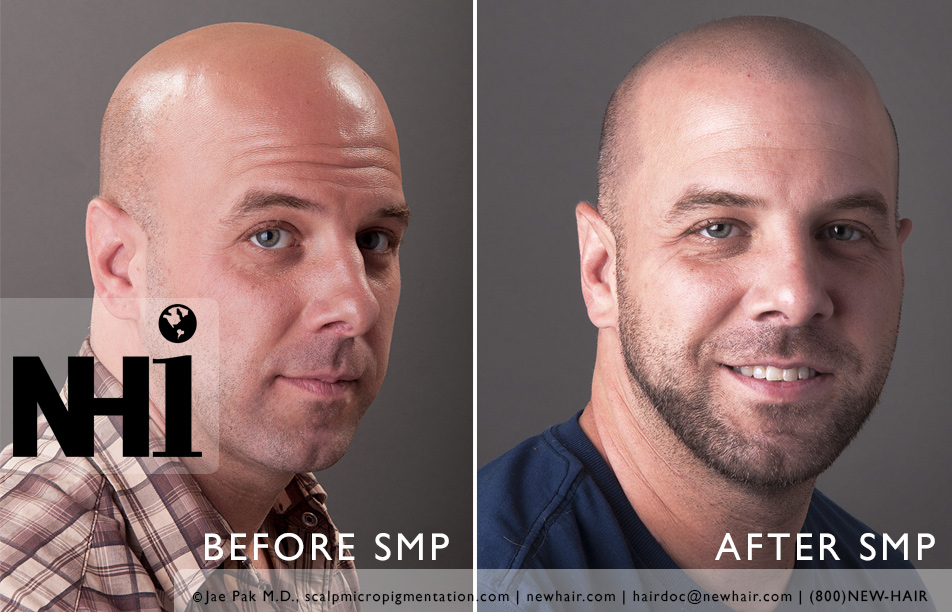