This is a hair transplant patient who wanted his hair thicker, but had depleted his donor supply so that more transplants would not be productive. Many doctors would try still another procedure, but this was not my approach. Instead, I put pigment into the areas where he wanted more thickness. He loved the results of his transplants for his Norwood class 6 pattern and over the years he received a total of 6,905 grafts for that pattern, but as with many patients who have advanced hair loss, the supply did not eventually sustain the demand for hair.

With the addition of scalp micro-pigmentation (SMP) to augment the fullness, he felt that the results were exceptional. After his first SMP session he used a hat, but slowly and cautiously he showed off his shorn scalp to his friends without creating much fanfare. In a social setting, his friends saw the new look and all he got was compliments on how good he looked with his new hairstyle.

The first photo (left) is of the patient’s hairline after all of his transplant work (last procedure was almost 4 years ago); The next photo (middle) is immediately after shaving his head; The last photo (right) is 2 weeks after his first SMP session. Click the photos to enlarge: 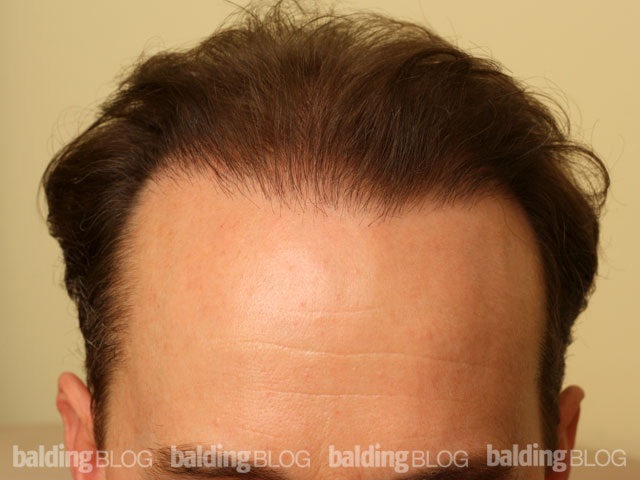 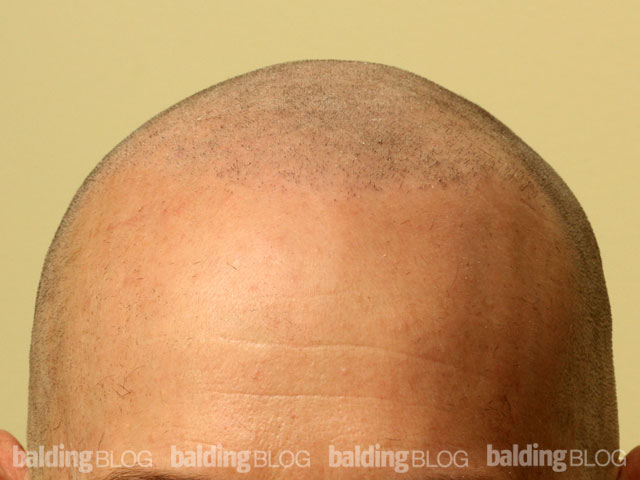 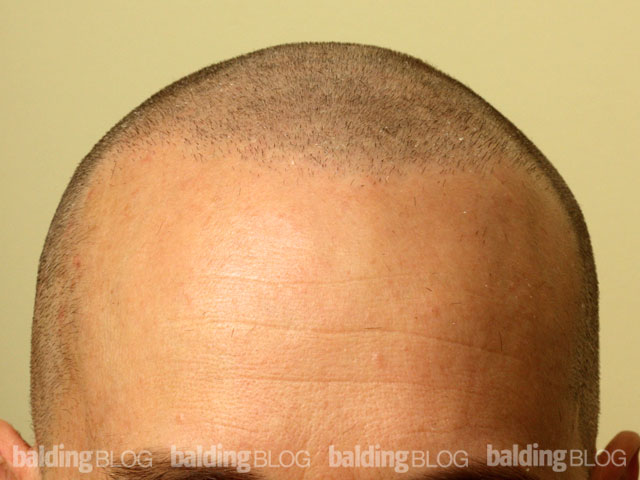 He came in for his second touch-up SMP procedure, but this time we went a little denser with the pigment. The key in the plan I put together was that the SMP would be placed in behind the leading frontal hairline that we created with transplants so that he could let his hair grow out whenever he wished. As the interval between the first and second procedure was 2 weeks, he let his hair grow out over that time to sense what it would look like when he let it grow out long. He could not have been more pleased with the result! I’ll post some photos of the results in the coming weeks.

Since my post from last week, I have come under fire on some forums and even on this site for changing my stance on scalp pigmentation (from being somewhat negative in past posts to my current enthusiasm). Really, the change in my view reflected a better command on the art, something that I hadn’t previously seen when I made my earlier comments about the tattoos that I saw in my office over the years. I realize now that I should’ve been more open-minded to possible advancements.

Nothing is perfect in this world. This patient would have rather gone the transplant route or have taken a magic pill that would get him his hair back, but it was not a reasonable option for him… so as a second best option, SMP more than met his goals. Now I must note that due to his nearly 7000 grafts that were transplanted, he does have a linear scar in the back of the head. We’re still working with him to cover it with SMP and will post resulting photos soon.

Female Eyebrow Restoration After Cancer Surgery (with Photos)
Should I Go to a Plastic Surgeon for a Beard Transplant?
Difference Between FUT and FUE
High Hairline on Nicolas Cage
Young Daughter Lost Hair After Radiation to Brain Tumor
Transplanting My Mother's Hair to My Head?
Get a virtual consultation with Dr. William Rassman and Dr. Jae Pak for hair loss options. You can learn more by scheduling an appointment.