For the bald man that wants hair cover, he should let the side hair grow long enough to be able to sweep the hair from one side to the other.  Once that is done, the center part of the long hair is pulled forward to the eyebrows. The final product is the last picture, a damn good covered hairline very common in many men who slowly bald over time.  The problems occur when the bald area becomes too large and the amount of hair that is grown from the sides is both too low on the fringe area and too short, and you get the failed comb-over shown in the last picture. Note that the comb-over just doesn’t last as you can see in the gray hair suggesting that this man let his comb-over go on too long.  The last set of photos I found on Google images which shows how creative some people can be to get their hair covering their bald area.  This photos is not as outlandish as it may appear as this is called a Bouffant  and is not infrequently built from scalp hair.  In my 29 years of practice, I have seen such Bouffants on a number of men. I remember one man who got up at 2:30 am every morning to build the Bouffant hair by hair (a three hour process). His Bouffant looked good enough to fool me when we first met, but when I unwound his hair, he was fairly bald. He had two hair transplants and told me that these transplants changed his life. He now slept to as long at 7:00 am without worrying about his hair and was able to engage in activities with his children, including swimming and vacations in places that he never thought he would travel to. 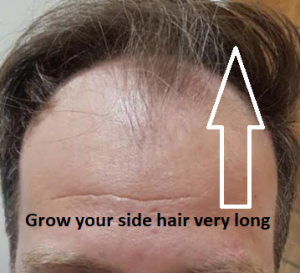 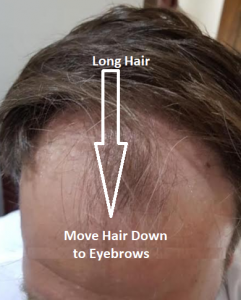 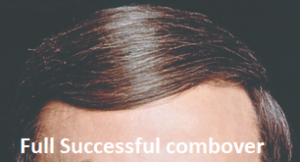 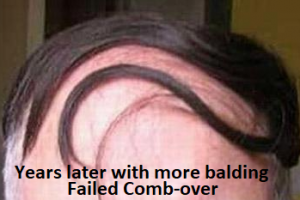 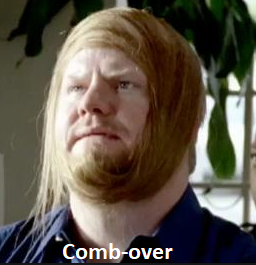 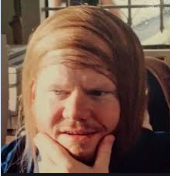 Dermaroller May Be Causing Infections on This Man's Scalp (from Reddit)
How Do I Become A Hair Transplant Surgeon. I Want To Work For You One Day!
Propecia is Causing All of My Hair to Fall Out!
Finasteride and suicide
Finally A Cure For Baldness Hair Loss With a Chinese Herb, Right?
Mature hairline photo
Get a virtual consultation with Dr. William Rassman and Dr. Jae Pak for hair loss options. You can learn more by scheduling an appointment.