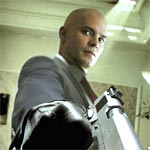 Clearly, some people know how to exploit balding in the Hollywood setting. The San Francisco Chronicle looks into actors that are shaving their heads for movie roles, instead of going with the naturally bald actors. From the article:

Timothy Olyphant plays Agent 47, the bald assassin in the new action movie “Hitman.” The controversy? Why have the well-coiffed Olyphant shave his head when there are so many bald actors who are perfect for the role?

Cool Lasers
My Hair Looks Weird After My Bout of Dermatillomania
Appreciation
Would You Let a Man With Long Hair Work in a Professional Setting?
Site Stuff
Value of HairDX Test?
Get a virtual consultation with Dr. William Rassman and Dr. Jae Pak for hair loss options. You can learn more by scheduling an appointment.