Unrelated to hair loss, but this is a case of anesthesia possibly leading to the death of a man having his wisdom teeth pulled.

Marek’s family provided Fox 5 with his medical records. The ambulance report by American Medical Response showed Marek was undergoing surgery when he began to cough.

â€œWhen he coughed they administered propofol and that’s when he went into cardiac arrest,â€ his mother, April Lapinski, said.

He was immediately taken to the hospital, where he died. The ambulance report also noted a piece of gauze was found in Marek’s airway. 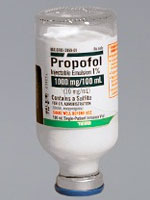 There is absolutely no guarantees when a general anesthetic is used. Safety is paramount in all of the decisions we make when it comes to anesthesia. We use local anesthesia in our practice, which is probably the safest anesthetic available, but still there is risk of things like overdose, allergic reaction, infection, etc…

A couple of months ago, a man who was scheduled for a hair transplant cancelled his procedure for family reasons. The night of the scheduled surgery, he had a heart attack and almost died. Of course, I was concerned about his well being, but I could not help but connect the dots, for if he had his hair transplant that day, his heart attack would probably have happened anyway… but the connection to the hair transplant would have been a direct one-to-one connection.

A while ago, I read a medical article which studied outpatient surgery and the risks associated with it. There was no selection of patients with regard to age, general health, etc. The article studied a 30 day period after the surgery and reported a death rate of 1 in 20,000 patients. That means that in any surgery, any general anesthetic has risks. The above article does not reference the overall competency of the person administering propofol, but as we saw in the Michael Jackson case, expertise in the use of any medication is clearly a major factor when risks are considered.

As I have previously reported nearly six years ago, one patient in the US died from a hair transplant while it was being done. Supposedly it was under local anesthesia. All I know is that the surgeon lost his medical license as a result of the death.