Hello Doctor, This is a hairline receding question. I have witnessed hair thinning and the hairline receding on the far right side of the temple. I’m certain that the same is making it’s way to the otherside and I’m not quite sure what to make of it. I am 25 years old and this thinning has gained pace ever since I moved to the eastern part of the country, some people say it’s because of the high iron content in the water here while others say it’s because I travel a lot being in marketing.

I have dense thick hair but this thinning is occuring rather quickly. We don’t have many good doctors where I’m currently working which is why I’m a bit hesitant to take their advice. I would really appreciate if you could help me out with this. Thanks. 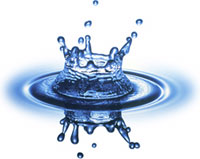 While I can’t positively say what is causing your hair loss, my educated assumption would be that this is your genetics…. not iron levels in the water. It’s not uncommon for one side of the hairline to recede before the other, and while stress from travel might contribute to acceleration of the loss, I’d expect this is simply your genetics at play.

There are two proven medications to treat hair loss in men — Propecia (finasteride 1mg) and Rogaine (minoxidil). Propecia is by prescription only and both medications do have their limitations. In other words, you shouldn’t expect full regrowth (particularly in the hairline), but the hair loss may be halted from progressing for some time.