your increasing testosterone inturn DHT and other androgens. So if castration is a cure for MPB they only thing you can do is try and replicate what casturation does (it stops you from being able to ejaculate) SO in conclusion try to limit sexual activity (which will reduce androgen activity and you can help to reduce its effect towards MPB

thank you for your continued replies NHI. great work!! 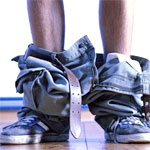