Can Regaine cause hair growth all over even if i don’t put it on that part of the skin? I think I read something about this happening, but i can’t find the source. thanx 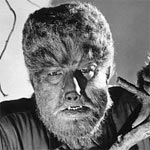 A patient reported last week that when he used minoxidil regularly (also known as Rogaine/Regaine) some years ago, he eventually saw hair grow over the entire face and forehead, giving him a Wolf-Man type look. I wish I had photos, but it was just a story he told me. After stopping the medication, he said the abnormal facial hair disappeared. This might sound ridiculous to some people, but I believed him. There have been similar reports posted before.

I asked some other prominent hair doctors (part of an email group of physicians I am in) about this, and some reported seeing this rare phenomenon in patients as well. We do see facial hair growth in some people that can be substantial, and it’s a particularly rare problem for some women on this medication as well. And when I do have photos, I’ll do my best to get permission to publish them…