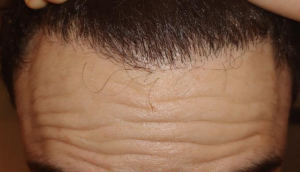 I Hate My Widows Peak
Best treatment for dormant hairs? (from Reddit)
Can genetic hair loss reverse?
Hair Loss and Body Heat
Hypertrichosis from minoxidil, will my body hair grow 10 inches
I have Alopecia Areata
Get a virtual consultation with Dr. William Rassman and Dr. Jae Pak for hair loss options. You can learn more by scheduling an appointment.