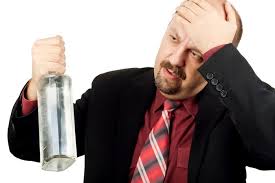 I’m 32 and have been taking Propecia for 1.5 years. I’ve also been having problems with erections and possibly libido. They’ve gotten worse and are causing real problems in my life.

I’m not 100% sure it’s because of the Propecia because for a few yearsbefore I started taking Propecia, I was having some issues with maintaining an erection, though much less severe.

My prescribing doctor, who specializes in hair loss, says it’s very unlikely it’s the Propecia, citing the trials that show ~1% difference from placebo. To try and help the erection issues, he prescribed that I take a half a Viagra before bed every other night for three nights (without following it with sex) to see if that extra physical help might help me overcome a psychological issue. Though the Viagra helped when I took it, it didn’t change anything longer-term.

A little frustrated with this doctor and his dismissiveness towards my concerns, I went to get a second opinion. The second doctor immediately said that I should stop Propecia. He seemed convinced that Propecia was causing it, especially since I’m relatively young. He said the most prudent course of action right now is to immediately discontinue use and he suggested using Rogaine to try and retain
hair.

I’m not sure what to do with the two extreme opinions. I know that sometimes these symptoms can by rooted in psychological causes, especially since I was very nervous about this particular side-effect for years before finally starting Propecia. And I guess I should mention that Propecia seems to be working well with my hair loss.

I’m stuck between two seemingly extreme opinions and was hoping you guys might have some additional information that these two doctors haven’t given me. For example, I’ve read anecdotes about people reducing to 0.5mg and the symptoms improving. Any ideas on what I should look in to?

Thank you guys so much.

I am not the one to break the tie between the two doctors who have different opinions on Propecia and its side effects and how it relates to your issues.

I do know that Propecia can cause sexual side effects in 1 to 2% of the men. I also know men in their 30’s can also have libido and erection problems. It may even be a combination of both. I do not know!

You should see a doctor and have some basic testing such as your testosterone level and consider all your options, make an informed decision on a plan of action, and follow up with that doctor to see how the plan is working.

I'm Losing Hair at 14 Years Old!
Climate, Water, and Finasteride
Is It Possible to Have a Hair Transplant Fail Because of a Medical Condition?
In the News - Vitamins and Nutrigenomics
I Am 21 Years Old With Norwood 2 Pattern, Is It Going To Get Worse?
Question to Reddit Audience on Their Finasteride Experience, See Their Responses
Get a virtual consultation with Dr. William Rassman and Dr. Jae Pak for hair loss options. You can learn more by scheduling an appointment.