Almost all Caucasian males develop a maturing hairline. When recession occurs, it usually is associated with hair loss elsewhere on the head and scalp and that is why I perform a HAIRCHECK if I have any doubts on the distinction between a receded hairline and the appearance of a maturing male hairline. The HAIRCHECK instrument will show hair loss behind the hairline which always occurs when the hairline is receding. The picture of me below shows a V Shaped mature hairline that is 100% mine since it changed from the rounded hairline of my youth. This hairline was not transplant but my entire crown was transplanted with 2700 grafts. The second picture shows early hairline recession that was transplanted along with a replacement of the temple peaks. You can see that this hairline was ‘ratty’ in appearance which is essentially what often happens when the hairline starts eroding. 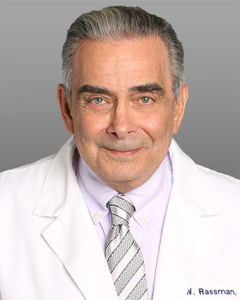