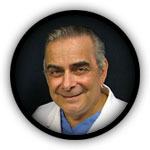 This isn’t a hair transplant related post, but it is a trip down memory lane for me. Allow me to indulge myself…

I was recently talking with a friend, and I was asked to think back on a case where I had a patient that I simply did not like. While I do get along well with all of my patients today, I thought for a few moments and remembered an experience I had in my first year in surgical practice (before my life as a hair transplant doctor). The chairman of the hospital board of trustees, a very fat, nasty, and ugly man, was an obstructionist to everything that the doctors, nurses, and local politicians wanted to improve, not only the physical facility, but he was also against changing policies that would make the hospital a more patient-friendly place. He was a political person with strong prejudices and he was despised by most of the doctors as he exercised power over them by vetoing everything they asked for. I remember wondering how I’d react if he came into the emergency room bleeding to death from some type of accident and I was be the surgeon on duty. Then one day, that wonder became reality as he was rolled into the emergency room with internal bleeding from a really bad car wreck.

There was no question how I was going to behave, how I must behave — that I would do my best to save this man’s life. This was no ordinary effort, as he had major bleeding from his liver and a ruptured spleen. By the time I got him to the operating room, his blood pressure was barely detectable. We pumped many units of blood into him, got his blood pressure up a bit, opened his abdomen, removed his spleen, and sewed up his liver. I got him out of the operating room barely alive. If he had died, his injury would have justified it… but not for me. I thought that my subconscious might have tried to work against him. I remember staying at the hospital for 2 days and nights, barely sleeping. I stayed at his bedside and did not go home for over 50 hours. Slowly, he got out of shock, remaining very sick for some days until eventually he recovered. When he came back to his chairman duties months later, he was changed. Anything I would say would become his cause cÃ©lÃ¨bre, so when I endorsed various hospital agenda issues like any improvements in hospital policies, in the hospital’s physical plant, etc… he became an advocate.

This experience was unique for me. I knew if he died, I somehow might be responsible for his death. I did not give him any better care than I would give any of my patients, but my prejudices towards him made me so aware of how vital and important it was for me to be impartial.