Dear Dr. Rassman,
I am a twenty-seven year old man, and I began to lose my hair at age 15. I went to several doctors when I was younger but they all told me the hair loss was male pattern baldness and not the result of any health problem. I am already as bald as my father, who is thirty years older than me.
When someone begins to lose hair at the age I began to lose mine, will the baldness progress until all of my hair is gone? Will I ever be able to use a hair transplant system? And what the heck would cause my male pattern baldnes to start so early anyway?
Thanks. 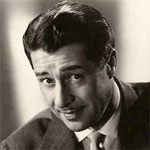 Androgenic hair loss or male pattern hair loss starts as males enter puberty, as their testosterone levels increase, bringing on voice changes and pubic hair and other male sex characteristics. Although it is usuual to start the genetic process at 15, the DHT is clearly working on young men of that age. There is an issue of ‘gene expression’, which means that the trigger for the gene may have started early on you. Unfortunately, some men have the gene that causes male pattern hair loss to trigger earlier, while others do not see this until later in life. For example, Don Ameche, a popular old-time movie star in the 1930s and 40s known for his perfect hairline and good looks, started to bald after the age of 50 (late onset trigger for gene expression) and was almost completely bald when he was in his mid 70s (and starred in the movie Cocoon in 1985).

Does Progesterone Cure Male Pattern Balding? Does PRP Grow Hair?
I Think I'm Losing Hair But I Don't Want Surgery or Medication
After a hair falls out how long does it take until a new hair should be sprouting…
Epigenetics is proposed to be tied to Post-finasteride Syndrome (article)
Regrowing Hair from Years Ago and the Power of Positive Thinking
A Hair Breakthrough May Not Be The Breakthrough That it Seems To Be
Get a virtual consultation with Dr. William Rassman and Dr. Jae Pak for hair loss options. You can learn more by scheduling an appointment.