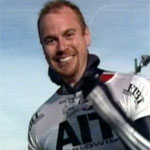 What are we coming to? Today’s Olympic athlete now must give up Propecia if they want to compete. According to today’s New York Times (1/19/06), Zach Lund is an Olympic athlete who is prematurely balding and he wanted hair. “So in 1999, when he was 20, he began taking Propecia. Then in 2004 he switched to Proscar. And it looks as if he grew hair, or at least stopped losing it….”

He is now faced with a choice, should he become a balding gold medal winner or a person who was eliminated from competition because he wanted a full head of hair. That is the stupid quandary that today’s potential Olympic champion must face. To be a bald champion or not an athlete at all.

The New York Times states: â€œAt the end of 2004 the World Anti-Doping Agency added finasteride to its list of banned drugs in international sports. The agency calls finasteride a masking agent that hides the use of more nefarious drugs like the steroid nandrolone. So, one imagines, every Olympian with a spasm of hair growth must fear surprise follicle checksâ€¦. Better he should have had erectile dysfunction. The trinity of impotence relievers – Viagra, Levitra and Cialis – is not prohibited, though these drugs are performance enhancers in a certain athletic way.â€ Sooner or later, these three medications are bound to be added to the list of banned drugs.

What a world we live in! We may ask our athletes to give up sex to become a star. Maybe without hair, they won’t feel sexual anyway, or am I too shallow in my assessment? To see the entire article, go to: Fighting Baldness, and Now an Olympic Ban (registration required).

Already Available Prostaglandin D2 Inhibitors?
I Can Feel My Hairs Are Smaller
Doctors Not Allowing Patients to Take Propecia?
Why Does Propecia Only Block 80% of DHT?
Itch on Scalp from Rat Mites?
Rogaine, Unda Drops, and Alopecia?
Get a virtual consultation with Dr. William Rassman and Dr. Jae Pak for hair loss options. You can learn more by scheduling an appointment.