I am writing this post from the ISHRS annual meeting in Chicago. I have just heard a wonderful and informative discussion on the use of of the drug finasteride. As we know, the hormone DHT is 40 times as powerful an androgen as testosterone. The treatment of genetic hair loss is to address blocking the DHT hormone. One of the worlds experts, Dr. Mohit Khera from the Baylor College of Medicine, told me privately that when DHT levels are in the low normal range, the use of DHT blockers such as finasteride will have little value and may not be effective in the treatment of genetic hair loss. With this as a suggestion, we will now optionaly offer DHT blood tests for any person who wishes to have this test prior to going on finasteride (Propecia). If the blood levels are low, we may not advise the use of this drug as the goal of using this drug is to drop DHT levels, which may already be low. This lecture is based on considerable research both in animals and human studies but it is not absolutely definitive as there was much controversy at the meeting that the doctor may have had a conflict of interest in the opinions he drew. 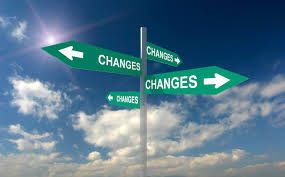