I read this news story about the last eunuch in China, named Sun Yaoting. At only 8 years old he was castrated… and looking at photos of him before his death in 1996 shows he was clearly bald. I thought castration was the “cure” for hair loss, not that anyone should ever go that far of course. So what’s the deal?

Here’s the news story: LA Times
Here’s the photo of him from the cover of a book: Book cover 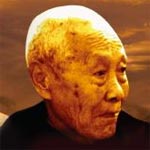 Assuming that the castration was complete, there at least two explanations that come to mind:

I haven’t read the book and don’t know if there are photos throughout, but I would love to know what he looked like at age 40, 50, 60. Was he that bald at 40, 50, and 60 years old? We only have scant facts here, and I tried finding other photos online but just came up with that same one used on the book cover.