This is a 44 year old male who had a juvenile hairline in 2010 when he came in as the corners were eroding. He didn’t like that and although I rarely will transplant these corners, I did on him because he was 36 and still had his juvenile hairline. Today he came in with a complaint of some increasing hair loss on his right side just outside the area that was transplanted in 2010 which shows nicely on the first photo.  The left side has held nicely since that 2010 surgery.

I performed a HAIRCHECK test on him which showed that his hair population is now 80% of what it was 8 years ago, so he is losing hair in the first 3 inches of his hairline (what I call the frontal area). He has been on Avodart since 2010 and this recent hairloss, has occurred while he was on this drug. He wants his juvenile hairline back with its tight look. I agreed to do this and also recommended that he address the 20% thinning in the frontal 3 inches with Scalp Micropigmentation. The pictures below show what was done on the day of the surgery. 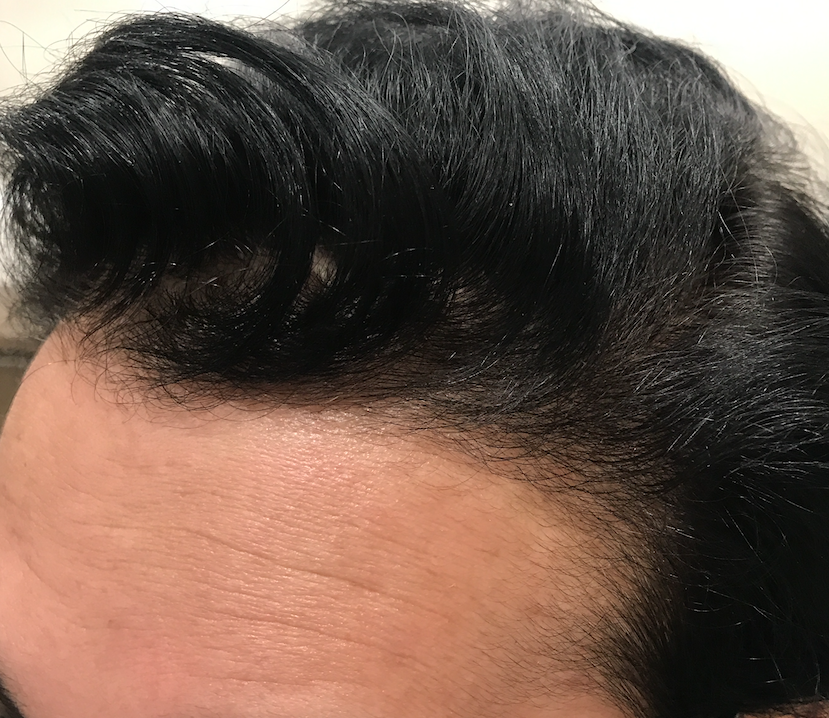 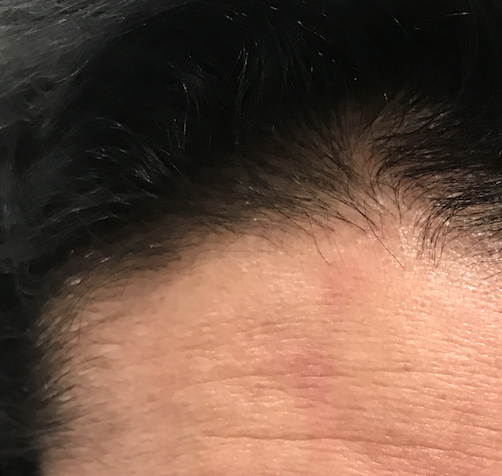 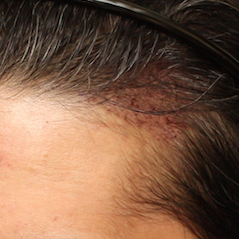 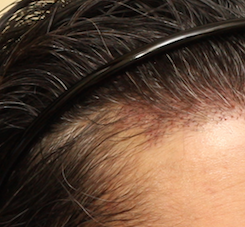 Break Out In Hives and Facial Hair Loss
Will heavy exercise cause accelerated hair loss?
Fear of Finasteride and Fear of Losing Hair
Is It Possible to Bald Without Shedding? (from Reddit)
Eczema
Hair Loss From A Hair Transplant
Get a virtual consultation with Dr. William Rassman and Dr. Jae Pak for hair loss options. You can learn more by scheduling an appointment.