I am a 32 year old male with Norwood class 3.In December beginning I had started Propecia and continued with it for 7 weeks. I experienced no apparent side effects and in fact felt more energetic. There was no initial hair loss and at end of 3 weeks my hair felt fuller and it seemed that there was a decrease in hair loss ( lose fewer while combing/shampooing ).

During the 7th week a test revealed some of liver function indicators were elevated:

Subsequently, while still on Propecia, I also got these tested for

A couple of years back testing for DHT had revealed that it was 3 times the upper limit. I was not treated for it.

I would really like to get back on to Propecia. Do you have any insights why SGOT/SGPT are elevated ( A few weeks before starting my Doctor had gotten me tested and LFT were normal then ) ? Could conversion of excessive DHT to Testosterone have caused such ? Would it be safe for me to restart Propecia ? 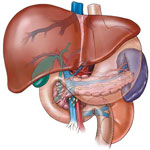 This is a question you need to ask your doctor. There are many possible factors that could be in play:

miniaturization study, not a lab test. I understand there are now genetic tests that can give you a “probability” score for androgenic alopecia, but sometimes even genetic testing does not really change the medical course of action.

One particular 18 year old patient I recently saw paid a few hundred dollars for genetic testing for androgenic alopecia at another medical group. The results were mailed to him and according to what he said, the doctor never followed up with him. He had no sign of balding, no hair loss, and no miniaturization. He had the test done because his grandfather was bald and he was afraid of going that same route. His results showed a “probability” of androgenic alopecia, but all it really did is tell him that he was carrying the gene for balding. Just carrying the gene does not mean that the gene will be expressed, as some men who carry the gene never go to clinical balding. The report given to him got him extremely worried and instead of following up with the medical group (who tried to sell him shampoos and lasers) he came to see me.

In my opinion, in this particular case the genetic test was a source of misery and misrepresentation. Sure, there may be a possibility that he may lose hair to some degree and have androgenic alopecia in his future, but I did not recommend any course of action (not even Propecia) for him, as he had absolutely no sign of balding or miniaturization.