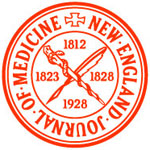 As I’ve written in the past, I’m involved in an email group with some of the industry’s top surgeons. One of the topics that was recently brought up was a case where a patient was told, emphatically, not to take finasteride due to an increased cancer risk. Coincidentally, I received an email from a patient not too long ago with a similar concern… so I figured it was time to write about it again.

In a 2013 article published in the New England Journal of Medicine, the long term survival of participants in the prostate cancer prevention trial was discussed. It was reported that there was no increased in risk of death for those on finasteride compared to a placebo group. There was, however, a marked decrease in the overall incidence of prostate cancer in the treated group as compared with the placebo group. This was consistent with the original studies on the reduction of cancer incidence by as much as 25% for those who were treated with finasteride.

There’s a good breakdown of that NEJM article found at Cancer.org.

Blurred Vision from Minoxidil?
My Hair Loss Starts When I'm Stressed and Reverses When My Stress is Controlled
In the News - A Drug for White Hair?
Taking Propecia for Non-MPB Hair Loss
Take Finasteride and Dutasteride Together?
I'm Going In for Knee Surgery -- Do I Need to Tell My Doctor I'm Taking Finasteride?
Get a virtual consultation with Dr. William Rassman and Dr. Jae Pak for hair loss options. You can learn more by scheduling an appointment.