I was just wonder something about the frontal area when it comes to the mature hairline. You give two measurements of where the corners and the front part of the hairline should be, but what about the size of the frontal area? I think you call it the forelock? How wide can it be or does it matter? 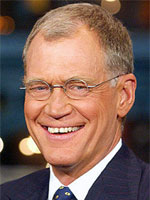 These forelocks tend to run in families and it can be quite small or even fairly large, depending upon the genetics of the individual. Also, these forelocks often are found low on the central hairline.

We posted on a similar question about forelocks and widow’s peaks a few years back: Forelocks and Widow’s Peaks

Unusual Natural Hairline - Photo
Did Jamie Foxx Have a Hair Transplant?
I'm Noticing Small Hair Growth at the Hairline After 3 Months on Finasteride
Rockstar Hairlines
Some Miniaturized Hairs Are Normal in the Hairline?
Can Norwood Class 3 Only Have Deep Corner Recession?
Get a virtual consultation with Dr. William Rassman and Dr. Jae Pak for hair loss options. You can learn more by scheduling an appointment.