A patient who had a surgery yesterday, told me about his experience as he was walking the two blocks to his hotel. His surgery was finished at about 4:00 pm and he was wearing a surgical cap (to cover his FUE and hair transplant surgery) and a doctor’s scrub top (given to all of our patients for surgery). He was approached by two beautiful women who seem to be tourist with Russian accents. They flirted with him and struck up a conversation eventually asking him what type of doctor he was. While he loved the attention and as a single eligible man on the dating scene, he just had a hair transplant procedure and it was not the time to flirt back. He thought “what would be the chance of meeting women like that after his hair grew out wearing a surgical garb?”. We both had a real good laugh. 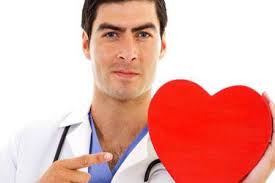 Seborrheic Dermatitis on Eyebrows
Man follows his hair transplant progress over a year (video) from Reddit
I Am 20 and Need Transplant Advice
Was all of the donor hair removed permanent hair? (photo)
Extreme Sudden Female Hair Loss Following Traumatic Car Accident
Hair transplant without finasteride?
Get a virtual consultation with Dr. William Rassman and Dr. Jae Pak for hair loss options. You can learn more by scheduling an appointment.