I appreciate your reponse regarding sebum question in whether it causes hairloss. You responded by saying it doesnt cause hairloss but it may cause your hair to be stuck to your scalp, then pulled out when combing or brushing, which leads me to 2questions.

1) IF hair is pulled out, would that loss of hair be permenant or would you regrow it once consistant washing resumes?

2) To put simply can hygiene like my case of not washing my scalp consistantly for 4yrs cause permenant hairloss? Like I said, its possible I went up to a month w/o washing with shampoo although the scalp got wet everyday because I did take a shower daily. Are all the factors that contribute to hairloss below the scalp, so even if a scalp was dirty or oily, it wouldnt make a difference? 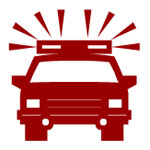 As I said in my last response to you, not washing your hair will not cause hair loss, even for years.

If hair is pulled out once, twice or just a few times, it will usually regrow. If it is consistent, we call the hair loss traction alopecia (caused by pulling) and it can be permanent.

I remember a patient of mine with a beautiful hair transplant (one time surgery). He was mugged and the gang that mugged him, held him by his hair while they beat him and robbed him. After they finished with him, they yanked out his transplanted hair, laughed and left him with a broken nose, lacerations on the face, torn lip and scalp bleeding. He was taken to my office looking like a train wreck because he refused to go to a hospital Emergency Room. He only cared about the hair that was pulled out and gone. I told him that his hair would come back and sent him on to a hospital emergency room with the ambulance that brought him to my office. Later that year, he told me that all of his hair grew back within 4-6 months.