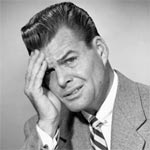 Follicular Unit Extraction (FUE) 10 Days After Surgery - Before & After Photos
Hair Transplant Rejection?
Female Has Hair Transplant a Year Ago and Very Happy with Results
Necrosis of Donor Area with Consequent Scarring (Photos)
In the News - Hospital Error Results in Radiation Overdose and Hair Loss
In the News - Frozen Hair Leads to Sequencing Mammoth DNA
Get a virtual consultation with Dr. William Rassman and Dr. Jae Pak for hair loss options. You can learn more by scheduling an appointment.