Prince William has found himself in a hairy situation. The British royal, 27, appears on the new cover of Hello! Magazine with a suspicious head of full, dark hair, a far cry from his usual thinning mane. While it looks as though the prince dyed his hair, inside images prove the cover photo may have been the result of some clever lighting or avid Photoshopping.

Prince William appears to have some hair thinning with his natural hair color, but the photo of the Prince with dark hair look like the work of Photoshop. Not only is his hair darker, but it looks thicker than in other pictures I’ve seen. Judge for yourself: 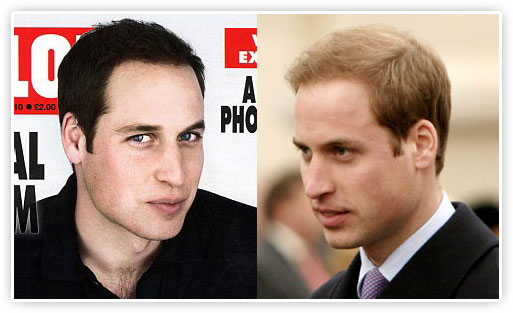