This patient ‘Tom’ started to lose hair 23 years ago. He was followed by me over the past 25 years and kept up with his hair loss as it occurred.  His father had a Class 7 pattern of hair loss and like this patient, had a high quality of hair with a very high donor density (I transplanted his father’s Class 7 pattern with 10,500 grafts and he looked like he never lost a hair on his head). He didn’t start with a Class 7 pattern

but evolved into it over the 25 years I worked with him.  Because of his high donor density and the excellent quality of his hair, it allowed him to get the end result shown in these photos here.  Tom had 4 strip surgeries and insisted on looking full haired from the moment he came to see me.  When the FUE was invented by me, he has a series of smaller FUE sessions to follow the last of his hair loss. He had considerable donor area scarring which was successfully treated with Scalp Micropigmentation as you can see from these photos. He is a perfectionist and that made us a good team, surgeon and patient, both perfectionists.  Like a teenager, he now shaves the back of his head because he can. It is important to note that this patient’s hairline was the initial target of the first transplant and we maintained his frontal look through the 25 years that I took managed his hair loss. As hairs were lost, they were replaced by me. Because he had a very high donor density, he was in the unusual position to have an ‘almost never ending supply‘ of donor hair.  Even today, he can do more transplants as the residual donor density is still adequate and can support more FUE transplants. 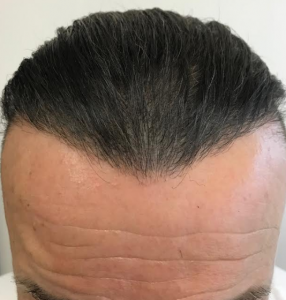 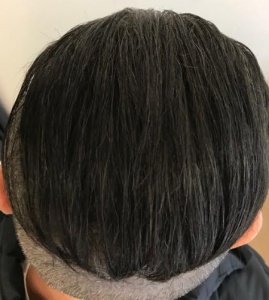 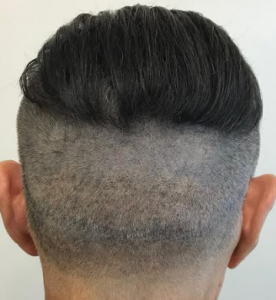