I have been taking finasteride for 15 years, and though I still have most of my hair, I have fairly brittle hair, at least on the hairline. Today, my friend began celebrating like a madman and, without warning, aggressively rubbed the top of my vertex/crown area with his palm. Could this have permanently damaged some of the follicles in that area?

I then went to the gym, took a shower, and dried off in the sauna for about a minute. Someone must’ve turned the heat in the sauna way up because I dried off all over within the seconds and started to feel like I was on hot coals. Even my hair went from being soaked to being damp. Could the heat have damaged my follicles? 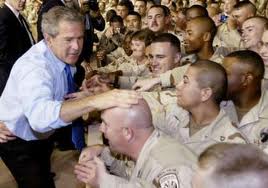 Was your friend’s name George?

Seriously, rubbing one’s scalp should not damage your hair follicles in that one incident. Even if the rubbing pulled out hair, that hair would return. No matter what type of hair you have, it is rather very difficult to permanently damage a hair follicle. I always discuss that people who are balding, should be gentle with their hair brushing as those hairs which are miniaturized, can be pulled out with repeated rough brushing.

For that matter, taking a shower or going in to a sauna should not damage hair follicles either. The most common cause of hair loss in men is androgenic alopecia which is genetic and genetically impacted hair often become miniaturized before they die off. If you were already going bald (fact you are taking finasteride) and there was vigorous rubbing or trauma enough to bring you to a hospital, maybe (far fetched maybe) you can have hair loss akin to shock hair loss which sometimes happens after a hair transplant surgery. (Shock hair loss usually impacts miniaturized hair and when it happens, it is often permanent.)