Thank you Dr. Rassman for maintaining a wonderful blog and for being a generally nice guy. My history is a bit checkered:

Seven Years ago I was told by Dr. Bernstein (another really nice guy by the way) that based on family history I might have diffuse pattern alopecia although only the vertex was thinning. He put me on Propecia and refused to operate till some time passed. The Propecia worked well but I had elevated liver enzymes from fatty liver deposits and stopped it after a year. After six years I have lost a lot of hair on the crown but the rest of my hairline did not vanish as I expected. In fact the crown is noticeable precisely because the rest of my hair is present. So basically from a thinning vertex I now have a bald vertex but the rest is intact. I don’t know about miniaturization though. 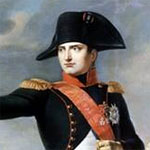 Balding In a Young Man
New Hope for Alopecia Areata
What Is The Difference Between the ARTAS robot and the Neograft?
Two Years on Finasteride (Photos)
Will I Stunt My Growth If I Take Finasteride at 19 Years of Age? (From Reddit)
Get a virtual consultation with Dr. William Rassman and Dr. Jae Pak for hair loss options. You can learn more by scheduling an appointment.