This is a Norwood 6 patient who had a hair transplant done at a clinic in Europe in the 1990s with the old pluggy technique. He wanted to shave his head, but the old hair transplant donor scar and the visible plugs were a problem for him.

This patient chose a combination of (1) SMP to camouflage his old scar, and (2) the surgical removal of his old plugs. The hairs that were in the plugs were redistributed into the crown. We also transplanted a few hundred FUE grafts taken from the donor area and used them on the top of the scalp. As he does not live in the United States, he will return at his convenience on another visit for the needed touch ups. He will likely go on to cover his entire head with SMP, may also undergo more FUE grafting into the frontal hairline, which will make it appear even more natural.

At the point I last saw him, the patient was very satisfied with removing his old plugs with FUE and having SMP done into the old scar. He can stop here if he is satisfied with the result, but I anticipate more work to be done. The after photo shows the temporary redness common just after surgery. We will keep you posted when he returns to the US.

The before (left) and after (right) photos show a work in progress. Click photos to enlarge. 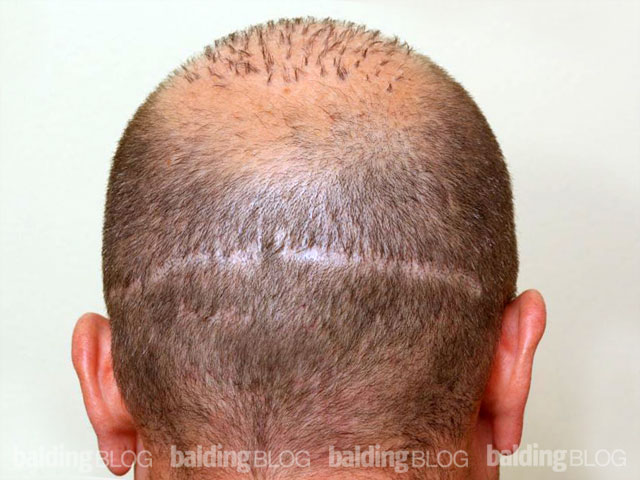 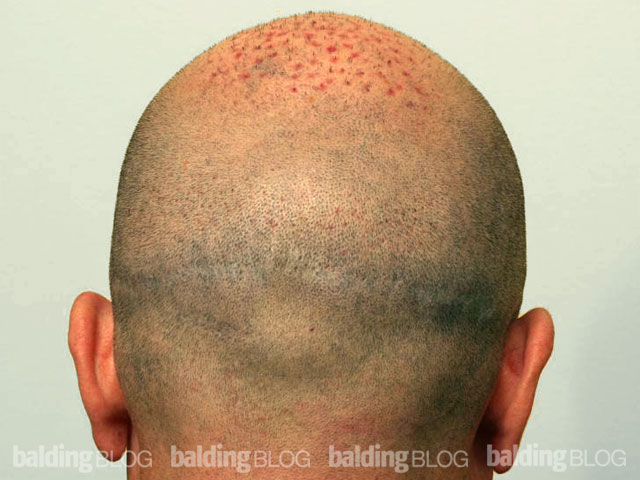