In the thirteen months I’ve been taking propecia I’ve noticed that the hair on the rest of by body has been growing at a much faster rate. I’ve also noticed that in the the four months I’ve been using rogaine, small hairs have been growing on my forehead and my eyebrows are definitely getting much thicker. Is there a correlation between them or am I just paranoid? This seems odd to me since nobody in my family is as hairy as I am at the moment Also, how long does rogaine usually last for before its effects begin to die out? I’m a 21 year old male with middle-eastern background. 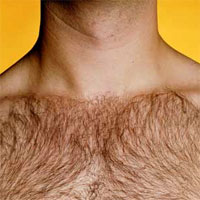 Propecia (finasteride) blocks DHT. DHT is known to be responsible for secondary male characteristics, such as body hair. At least in theory, if you block DHT you would have less body hair. I have heard and seen on several occasions patients stating they got less body hair after a year of taking Propecia, but you would be the first one to say you have more body hair as a direct result of it. This can also be coincidence as well.

If anything, I would suspect that Rogaine (minoxidil) is causing body hair growth and is responsible for the growth of forehead hair. You must be either applying it to your forehead or absorbing some of it into your body, causing a systemic effect. Another thought is that you are only 21 years old and some men continue to mature in their secondary sex characteristics (body hair, for example) into their mid 20’s. I realize you are trying to make sense of all this even by comparing yourself to your family members, but sometimes it just is the way it is.

My Mom is Allergic to Minoxidil -- Might I Be Too?
2 Weeks After Starting Finasteride, A Bald Spot Appears
Can I Use Minoxidil for Treating Chronic Telogen Effluvium?
Are My Breasts Enlarging from Finasteride?
Avodart - An Update
Accidental Double Dose of Propecia
Get a virtual consultation with Dr. William Rassman and Dr. Jae Pak for hair loss options. You can learn more by scheduling an appointment.