How dangerous is a hair transplant? The news about Kayne West’s mom dying after surgery has me scared. What happened to her and could it happen to me after surgery? 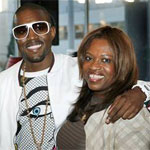 This is certainly a big news story this week, but for those that haven’t followed it, please read the following links:

What is there to say that the above references did not already say? Crossing the street can put you at risk of death, but the risks will go up if you’re running across the street with your eyes closed. Good planning, thorough research and common sense is central to the lessons here.

The presence of heart disease, by itself, may not be a contraindication for elective cosmetic surgery, but the heart disease risks must be defined and appropriate steps must be taken to minimized these risks. I have done surgery over my career on many patients with heart disease and these surgeries were done safely. Clearly from the references here, there is a strong suggestion that these risks were not defined for Donda West’s heart condition.

The doctor is ultimately responsible not to do surgery when risks have not been mitigated. I would ask if there was a rush to the surgery. Decisions that are made before surgery, during anesthesia, and even after the surgery is completed, account for most of the risks. Donda West doctor’s legal problems (medical board history, history of DUIs, and court appearances for malpractice) are suggestive of a problem for this doctor. It has been reported that the plastic surgery (tummy tuck and breast reduction) was performed by Dr. Jan Adams, who is probably best known as the host of the Discovery Health channel’s show Plastic Surgery: Before and After, or from his appearance on the Oprah show, or even from when he co-hosted a daytime talk show with Dick Clark a few years back. So here we have a doctor performing cosmetic surgery that has been on TV for a number of years and is known to many viewers. Does he promote himself as a “Doctor to the Stars” due to his Hollywood connections? Did Kanye West’s mother research the doctor’s history and credentials adequately? Did she have heart disease and if she did, was it adequately evaluated. I don’t know the answers to these questions.

To my knowledge, there has been only one death from a hair transplant anywhere in North America, as previously reported (see Death During Hair Transplant Surgery). This death reflects what appears to be completely incompetent medical care. The clinic where this death occurred, known for bargain basement prices, is still performing surgery and it appears that the patients that go there do not focus on risks of death or complications from a hair transplant or they would not be so popular. One might ask those who continue to even consider this place for surgery, “Why try to save a few dollars and place your life on the line?”